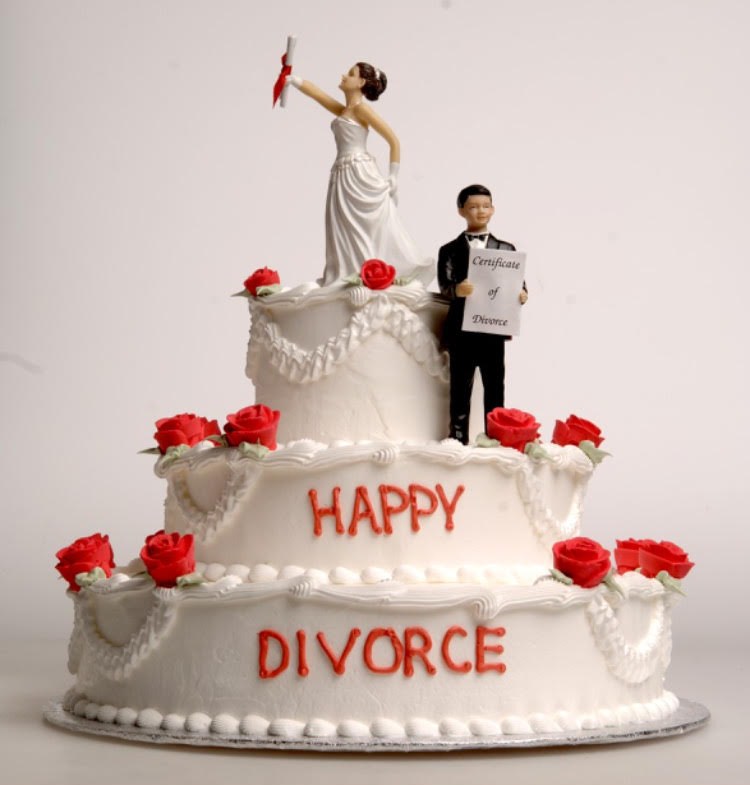 It all started with four simple words “will you marry me?” so loving and hopeful for that happily ever after. Now, here you are with four new words being uttered “I want a divorce”. Divorce is not easy or sweet and in most cases it is rarely amicable, but what if you could still hold onto that happily ever after sentiment even though it won’t be together as a couple?

Divorce is painful and creates enormous change in one’s life and the feeling of loss can be overwhelming like, the loss of a partner, daily routine with kids, friends and family fall out, financially and so much more. However, there are ways that divorcing couples can learn to make their separation as peaceful and stress less as possible, if both are willing.

Cheryl: “A lot of people would agree that amicable divorces are difficult especially if there’s one individual who’s really hurt in the relationship and lashing out.”

Hurt and anger are the major stumbling blocks for most couples with the fear of the unknown next in line.

Ravit: “For me, it was more the fear of the unknown, his fear of what’s gonna happen, is she gonna run me dry, is she gonna take everything I have…at the end of the day I walked out with nothing, so all that fear really got us nowhere, it was all financial, custody was secondary…”

You may have done your best to save the marriage, only to find yourself facing a dead end. So now what? If you’re going through a divorce and having a tough time coping, it could be beneficial to seek counseling and guidance from a neutral party. Remember, it is not about today’s negotiation but more about the happily EVER AFTERS of tomorrows, as like it or not if there are children involved you are connected forever!

Ravit: “At Amicable Divorce Center, we actually encourage parents to divorce amicably and stay out of court…the idea is to keep families together although they are separate, living their distinct lives and everything is separated. The one common denominator is the children and the only way to protect the children is to protect our future generation…to make sure that the divorces are out of court…” 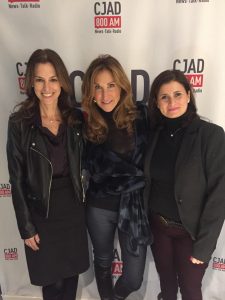 From left to right: Brigitte, Cheryl and Ravit.

An amicable divorce is possible and what a lesson for your kids about love relationships.

Brigitte: “I had an amicable divorce and the best gift I ever gave my kids…Kids are like sponges and they sense when there are issues or marital difficulties between their parents at a very young age and as a result, a lot of times they don’t speak out, they see that their parents are hurting but they’re hurting themselves and so it’s very difficult for them to say something to their parents until the parents speak up and say…you know mom and dad are gonna be OK and we’re going to go our separate ways…”

Cheryl: “When I first got divorced…all the emotion that went into that aspect of my life and it really dominated me at that point. It wasn’t fear of being alone…it was more about what it was going to be like for my kids and also we had to come to certain decisions about the financial aspect…for us it was never a custody thing, we knew it was going to be 50-50 when my ex got settled…”

When going through divorce, it’s important to decide on how to organize the family life when children are involved. The custody aspects, the visiting rights, the parental responsibilities to share between the two parties, are all important issues that need to be addressed and resolved. It is not healthy for children to become emotionally trapped and they should be protected from the conflicts and rages that can occur between bitter parents wanting to separate.

Brigitte: “At the beginning of the separation…a lot of it relates to the reasons why the couple separated… at the end of a separation you may have two spouses that emotionally are not at the same level…for example one spouse is leaving the other spouse for another…evidently it complicates the divorce because the other spouse is extremely hurt and then you get into matters of vindictiveness and vengeance…”

When it comes to the financial aspect of a divorce, dividing assets can cause anger and bitterness, which creates major unhappiness and at times continuous drama as each partner feels robbed or entitlement to more. Couples struggle to agree on who gets what.

Brigitte: “One of the stumbling blocks to the amicable divorce is…where you have the one spouse that was home, financially dependent on the other spouse… it’s very difficult for the principal breadwinner to digest the concept of spousal support and legal obligation that he or she has…as a result of the marriage which is viewed by our courts as an economic partnership. So whether you were working outside of the home and earning XX amount of dollars or whether you were the stay at home parent taking care of your children, they’re equivalent in terms of value after the separations. There has to be a financial compensation and that’s where it becomes very difficult getting to an amicable divorce…”

Cheryl: “From what I’ve experienced…often men think that the woman is feeling very entitled to something and their terminology is often well it’s what you deserve, you get what is coming to you that’s it that’s all and why do you think that you deserve more…”

Ideally, couples should focus on creating a new life, new environment and moving forward versus stuck in the pain and situation of what brought you here. This philosophy can help avoid the continuous fighting driven by angry feelings of resentment and instead gives the couple space that encourages and permits the healing .

Cheryl: “One of the things that people fight about the most and is a major cause, is the finance and that’s very much one of the major discrepancies when it comes down to getting a divorce and the other one is co-parenting…often divorce happens because two people don’t agree on how they spend their finances and they don’t agree on how to parent the child so learning about that during a divorce can obviously be quite challenging…”

After talking to thousands of divorced individuals and expensive research it is clear that the two major causes of conflict during a marriage are money and parenting so it stands to reason that these factors will exist during the divorce. So what is the solution to diving into a full scale, rocket launching war sparing the children from the fall out?

Going through the different stages of a divorce is challenging and takes time to heal. There are places and people to turn to that can be life saving going through the process.

Ravit: “I have two services at the amicable divorce center. I actually developed a program called CO2.  The idea of this program is to first dive into all the emotional aspects, then we go into mediation and then we go into co-parenting, which is something that nobody’s ever taught and then into the financial. So it’s a five month program where we talk about everything they need to know in order to stay amicable and to go on with their life separately. If a family fits into that category and willing to sit and look at their emotions and take all the negativity, drop it down to a fair playing field, then this is right program for them. For those that are not, there’s conjugal violence or other situations, I refer them out to other attorneys, to mediators to co-parenting specialists, to financial advisors or whatever they need

Cheryl: “You can get there and that’s where mediators are often very good…”

Brigitte: “After you separate, there’s the whole custody issue, so evidently they’re tensions there and once you settle that it doesn’t mean that everything is going to be fine and they’re going to live happily ever after. There’s also the post divorce…the parenting styles are different, because the personalities of the parents are different and as a result, the upbringing of the children in two homes is possibly different…it could be two three years down the road and there are still tensions because parents can’t arrive at joint decisions with respect to activities for the children…”

The benefit of an amicable divorce is that you get to a positive place in your life a lot faster and start living the life you desire, otherwise you stay in that unhappy marriage.

Regain your sense of self as an individual, find your identity again if you felt it was sacrificed, see yourself as YOU. All the intense emotions of sadness, anger, grief, bitterness are left in the past, replaced with feelings of acceptance, contentment and rejuvenation.  Even the challenging aspects of the marriage can be used productively, embraced as lessons learned that you will use productively instead of dwelling on negativity. When children are involved,  be proud of what the marriage gave you and focus on being a great parent!

The marriage has ended and that there are new things to look forward to in life, including finding a new sense of purpose.

Part of an amicable divorce is to also have clear boundaries and establishing how you will interact and communicate as  respecting one another’s needs is very important. Make sure you are on the same page.

I have been through divorce and with time, patience and conscious effort, I healed and so can YOU! You will find peace and balance again and it can start right NOW.